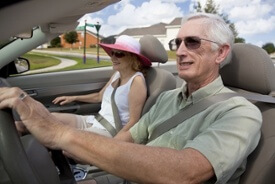 A study released yesterday by Aegon insurance has shown that since the pension freedoms rules were introduced last year, people have boosted their pension contribution, with 18 per cent of men and 15 per cent of women paying more into their pension pots as a result of the reforms.

And a Pensions and Lifetime Savings Association (PLSA) report has shown that the pension freedoms rules that came into force last April hasn’t resulted in people blowing their pension pots.

All very positive, right? But here’s the sting in the tail.

Just as we’re getting people into good regular pension saving the Chancellor will be delaying the increase in minimum contribution rate increases.  The next two phases of increase will be aligned to the tax years – effectively postponing the rise in employer contribution from October 2016 to April 2017.  The six month delay will both cost employees money and potentially start to undo the positivity towards the pensions argument.

In 2013 Britain languished at the bottom of the rankings when it came to the largest retirement shortfalls, with the average savings pot, according to a report from HSBC, only expected to last about seven years after retirement. The delay in contributions may cost an individual several hundred pounds in lost contributions.

Of course the delay has an upside for hard pushed small and micro companies struggling to understand how they will implement AE and afford AE contributions, but in a post-recession environment where the competition for the best people is starting to hot up, the value of the new pension arrangements again becomes an important part of the overall package a company can offer.

Let’s hope the delay doesn’t bring to a stop employees from saving for their retirement.

What’s our opinion on pensions and the potential AE armageddon this year? Read our ebook for our thoughts on the best way forward.