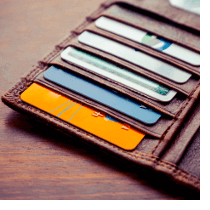 George Osborne’s first post-election budget showcased the arrival of the National Living Wage. In theory this sounds great – a higher wage which sees employees be able to keep up with the cost of living, however the repercussions for businesses and the economy as a whole could be damaging.

Sectors such as Not for Profit (NfP) and care homes are already looking at their cost base and making noise about whether they can survive the increase, following on from auto enrolment.  The National Living Wage will simply add further misery to the ability to function effectively. With the payroll bill growing, National Insurance and pension contributions increasing, businesses in the wider sense are likely to find the National Living Wage unsustainable. The impact will be on profitability and the ability to invest – these organisations will clearly have to look for options to save costs in order to keep afloat.

One option which we predict will become increasingly popular will be tactically employing people under the age of 24. While it is, of course, positive to get the younger generation employed, we expect to see an increase in those organisations enrolling apprentice schemes in a stealth way to appeal to younger employees – encouraging them into work whilst keeping the wage bill low.

Outsourced options may also become a popular trend – we already find a lot of organisations looking for an outsourced payroll provider to offer them the expertise and return on investment which, for the most part, is difficult to get in-house for the same cost. Leaving an outsourcer to worry about this new legislation and increased employee cost seems like an attractive option for employers.

While the National Living Wage is a positive for employees, the worry for organisations is that it is adding cost just as the economy is getting back on its feet. There are options for businesses to cut back on cost, outsourcing and apprentice schemes are two simple examples and I am sure that there will be many more which we will see in the coming months. The government have produced a handy guide to the National Minimum Wage and an employers duty