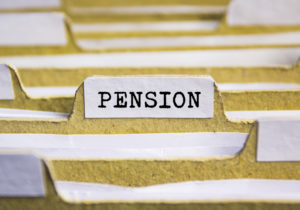 Britain’s largest and publicly owned pension scheme, Nest (or National Employment Savings Trust), has become a reliable opportunity for employees who want to create pension savings for later in life.

Revealed by Nest, the pension scheme has helped early investors as much as triple their funds in the last seven years, which represents a healthy uptick in profit. This workplace pension scheme in the UK has thrived, partly, from its savvy and responsible investments, totalling as much as 1.1bn in a Climate Aware Fund (or CAF). This project – the role of CAF – is part of an economic strategy to lend exposure for Nest policyholders to a global portfolio of stocks and shares, particularly countries which satisfy the UN’s Paris Accord Agreement. Outside of the CAF, Nest has funds invested in safer bets too, such as Facebook, Google, and Amazon.

How Have Nest Pensions Performed?

Nest received contributions from a quarter of the UK’s workforce, which is unsurprising given the scale and confidence of this government-backed pension initiative. The growing volume of contributions, which is anticipated to swell to £20bn by 2022, attracts an average of £450m in new monthly contributions.

Nest currently attracts £8.3bn in total funds, overseeing a large proportion of the UK’s pensions, particularly those in public-services roles, such as teachers.

What is the Nest Pension Scheme?

The Nest pension scheme, which currently enjoys 8.5 million policyholders, was established under the government on an auto-enrolment initiative, which encouraged millions more to willingly contribute to pension funds. Unlike privatised schemes, which are often gated by eligibility criteria (higher contributions, for example), Nest uses automatic enrolment to ensure that employees do not miss the long-term opportunities of a pension.

From first commencing in 2012, the Nest workplace pension scheme was an easier, cost-effective means for the public to save towards a future pension, through a no-fuss enrolment process that initiates once employees met the entry eligibility.

As with other workplace pension schemes, Nest funds build when employers and their employees make monthly contributions. For an employee, this will be recorded on a payslip, notifying them of the monthly amount.

Measuring the Impact on Workplace Pensions Schemes in the UK

The recent volatility of the stock markets, and their slumping values, are typical of economic fluctuations. Importantly, pension schemes are long-term investments, which develop over decades, and therefore will likely enjoy the market recovery post-pandemic.

There will certainly be anxieties regarding pension performance during this time, but payroll teams should focus on long term positivity, rather than momentary lapses in the stock market.

The impact on payroll teams should be fairly limited, as investments are designed to withstand shortfalls in the market, which normally recover after a slump. The role of payroll during the pandemic, throughout 2020, was just as much about continued accuracy of reporting and compliance, but also quelling fears over pension performance. Ultimately, continuity was the goal of payroll providers, ensuring that operational disruptions were minimal and controlled.

Should I Opt Out of my Nest Pension?

It’s not advisable to leave your Nest pension initiative as this will impact your final pension fund, especially if you aren’t currently on an alternative pension plan. Sound advice from financial pundits, like Martin Lewis, suggest the value of a pension isn’t simply its long-term maturity. Rather, a pension enjoys both tax relief and employer contributions, which builds your savings pot larger, smarter and faster.

Throughout 2020, one of the most common anxieties in the UK was the impact of the global pandemic on the economy and its toll on pensions. Yet, pension savings take decades to fully mature, rather than months or years. So, your pension will enjoy the market recovery and outlive any damage from the pandemic.

For a Nest pension scheme policyholder, the opt-out period runs for the first month, starting from three days into the enrolment.

There are two major reasons why someone might leave their pension scheme:

For more information on contacting Nest, you’ll need to communicate within their portal – found here.

How to Make Changes to Your Nest Pension

Your monthly pension payments, as shown on a payslip, are recorded as “contributions”. Within an employee’s Nest portal, certain changes can be actioned. Payments cannot be altered until Nest has received all contributions, at which point they can be amended or corrected within the portal.

It is imperative that any personal details are kept up to date regularly to ensure that your pension is accurate and fair – for both employee and employer.

For an employer, the chain of payments between employees who share the same pay period and source is known as a “contribution schedule”, which will record these transactions. Exception schedules allow employees to adjust pay outside of the payroll period.

As an employee, if you are ever unsure or uncertain about your pension contributions, you should consider contacting Nest for help. For its members, Nest is easily contactable, and in many other scenarios, your employer can handle pension queries on your behalf.

If you’re an employer, you can make quick (and relatively easy) amends to Nest pension schemes from inside the portal, under your running and active contribution schedules. If you require further guidance, such as tax queries, get in touch with the HMRC.

For more help with planning your payroll, get in touch with IRIS FMP today.