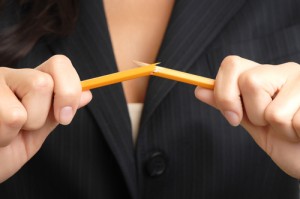 How many times do things need to go wrong for you before your patience breaks and you look for change? New research from America suggests that employees in America are becoming far less tolerant of payroll issues.

The research, from the Workforce Institute published in June 2017, suggests that nearly 50% of US employees would leave their employers if they made just two payroll mistakes, and a quarter would start looking for new employment after just one error.

It highlights how important payroll is to the strategic success of any business, whether in the US or anywhere around the world. Losing your top talent because of payroll errors should be avoided at all costs.

Interestingly the report also highlights the need for payroll to be effectively communicated around any organisation – something often missed by hard pressed payroll teams. Most employees would turn to their line manager first for help rather than their payroll or HR department, but line managers are often ill informed of the process for rectifying errors, sending employees off on a wild goose chase to get things sorted. This misinformation often adds to the lack of patience created amongst workers.

In the UK the recent Unpaid Britain report paints an even bleaker picture, where on an estimated 23000 occasions the impact of unpaid or delayed wages was so severe it has lead to employees having no food. No wonder tempers run high and patience runs thin.

Payslip queries still dominate employee contact with UK payroll departments (43% of all queries according to IRIS FMP research in 2015). Going around the houses trying to resolve a payroll query is one of the most demotivating things for an employee. Indeed some research in the summer of 2016 suggested 44% would be demotivated, and 51% would lose trust in their employer.

Would your employees leave just because of a few payroll issues? Maybe not, but for some it could be the straw that breaks the camel’s back.