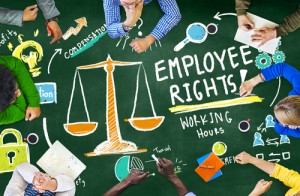 New research from Middlesex University has revealed that a significant number of employers may be in breach of employment law and employment rights.

The ‘Unpaid Britain’ report estimates that £2.7 billion of wages and holiday pay are not paid each year.

And the most shocking examples in the report highlight around 23,000 occasions when the impact of unpaid or delayed wages was so severe it leads to employees having no food.

However, whilst some examples involved directors deliberately having a culture of non-payment, the report acknowledges that many are caused errors and misunderstandings. Types of errors included in the report were failure to provide (or outstanding) holiday pay, non payment of wages for hours worked, unauthorised deductions, not paying the last wage (or outstanding holiday pay) or ceasing to pay when the business was about to go bust.

We’ve blogged several times before on the need to get payroll fundamentally right. Apart from the financial aspect, getting payroll wrong demotivates your employees and contributes to commitment, output and retention.

Payslip queries still dominate employee contact with HR (43% of all queries according to IRIS FMP research in 2015). Going around the houses trying to resolve a payroll query is one of the most demotivating things for an employee. Indeed some research in the summer of 2016 suggested a third of employees would consider looking for a new job if their employer paid them incorrectly just once, 44% would be demotivated, and 51% would lose trust in their employer. Would your employees leave just because of a few payroll issues. Maybe not, but for some it could be the straw that breaks the camel’s back.

And it may be worth reviewing your payroll…..