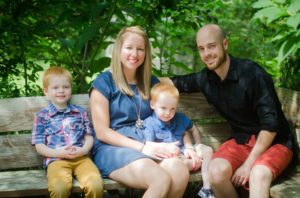 It’s now one year since Shared Parental Leave (SPL) was introduced. Many firms have been reporting slow initial up-take, but others say there has been a lot of interest. There are hopes that it will become more popular in the future as awareness grows, so companies need to ensure they have the right policies and arrangements in place. Having good attendance software in place will help to safeguard that you comply with the law and make it easier for staff to take shared leave.

What Is the Law on Shared Parental Leave?

The Government’s main aim in introducing Shared Parental Leave was to give parents more flexibility in early childcare, meaning it is not all down to the mother, and helping to ensure greater fairness for parents in the workplace. Shared leave is also available for parents following adoption. There is provision for a total of 52 weeks of maternity or adoption leave, some of which can be taken as shared parental leave, with 39 weeks being paid.

The rules of who qualifies for shared parental leave and pay are quite complicated. Under the arrangements, new parents need to have worked for the same employer for at least 26 weeks and to have earned above a certain threshold. The mother can still choose to take all of her maternity leave, but also has the option of ending it early and share a pot of leave with her partner. Qualifying fathers can also still get two weeks of paternity leave.

There is a lot of flexibility within SPL, with the option for the couple each to take blocks of leave or for both to take some of the time together. Various rules apply about when notification has to be given; due to the complexity they can be difficult for HR departments to implement. So it is very helpful if the HR team has a HR and payroll software solution which includes a time and attendance module, to help you work out entitlements and advise staff regarding the steps they need to take.

How Has It Worked Out Over the First Year?

Two recent surveys have suggested that take-up of SPL has been relatively low, although it looks to be considerably higher than some initial reports suggested. The surveys found that only around 1% of men overall had taken the leave, a figure which was initially focused on, but this could in fact amount to around 25 to 30% of new fathers.

The samples questioned were small, so it could be hard to draw firm conclusions from the figures, but it is clear SPL has worked well for some families already. In one of the surveys, carried out by My Family Care together with the Women’s Business Council, Tom Picton-Turbervill, a senior manager at Deloitte, spoke of the benefits of taking 4 weeks of SPL, together with his wife. He said the time out of work had “given him confidence” to look after his son, Henry, and meant the couple had learned parenting together.

However, the surveys also found there are various factors which are working against take-up rising further. These include the relatively low level of pay, which can make it hard to lose both full salaries for periods just when the family is facing additional demands on its income. Affordability was cited as a major concern in both pieces of research.

Another problem is lack of awareness about the availability of shared leave. The second survey, by TotalJobs, found that only 33% of women and 41% of men had heard about the leave. Fathers may also be concerned about a stigma against them taking time out in many workplaces and feel the decision to do so could be seen as signalling a lack of commitment. Equally, new mothers may be reluctant to give up some of their time off, with 55% of those questioned in the survey saying they do not want to share their maternity leave.

What Does the Future Hold?

There are predictions that more dads may take up the leave in future, with higher levels of paternity leave in some other European countries suggesting an upward trend in the UK. Greater flexibility and a culture change in terms of who does what within families are likely to lead to more couples becoming open to the idea of sharing their time off work.

As more couples decide to take up shared parental leave in the future, good HR and payroll software, including attendance software, is vital to help companies manage the arrangements. Self-service software can make it simpler to manage, with greater visibility of holidays or scheduled absence which has been booked by others. This makes it easier for line managers to better manage their resources, make informed decisions and authorise time off. IRIS FMP HR & Payroll Software’s mobile-based Amity and Teamspirit software solutions both include this functionality and can make it easier for both employers and employees to ensure SPL arrangements work well.

For more information on how to create a successful parental leave strategy, speak to our team today.