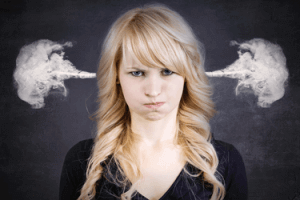 The new Spring 2016 Employee Outlook research from the CIPD makes interesting reading, with two key figures that should make employers and payroll teams sit up and take notice.

The new research reveals that 36% of employees are dissatisfied with their current level of pay, and more worrying nearly a quarter of UK workers intend to part ways with their employer.
Keeping employees happy and motivated is the lynchpin of most organisations and when employee satisfaction drops it’s really important to understand the drivers of the motivational downturn within your company.

We rarely hear about the hygiene factors that we need to get right in business and indeed our recent blog ‘All the rage – Six triggers of workplace anger’  – listed tea as one of the key dissatisfiers in a business.

Of course pay and payroll always feature prominently in any piece on dissatisfied employees and whilst pay (and bonuses and commissions etc.) need careful consideration by any employer, there is no excuse for getting someone’s salary wrong or paid late. Paying someone late can be disastrous, and figures released last year in a IRIS FMP survey suggested that payslip queries still dominate employee contact with HR teams (43% of all queries) and half of employees having errors with their payslips or pay in the last three years.

Indeed later research suggested that going around the houses trying to resolve a payroll query is one of the most demotivating things for an employee, and that a third of employees would consider looking for a new job if their employer paid them incorrectly just once, 44% would be demotivated, and 51% would lose trust in their employer.

A lack of clear career progression was revealed to be the number one reason for employees’ dissatisfaction, with 36% feeling unable to fulfil career aspirations with current employers. Another reason for workers’ dissatisfaction (23%) was the perceived unfairness of performance management systems.

Whatever the reason unless management teams address the issues, payroll teams will see a greater churn of employees over the coming months.