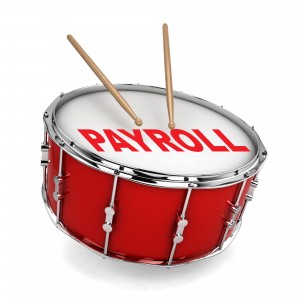 I’m banging the drum for payrollers, shouldn’t you?!

Payroll award season is on us again, kicking off this year with the new Global Payroll Awards at the Tower of London on the 26th May. This is followed by the Payroll World Awards (entries close 1st July)  and CIPP Excellence awards (entries close 12th August) later in the year.

Finding time to write up the exceptional work payroll teams do can be a daunting task. All the hassle putting together the submission only to find you fall at the awards night hurdle and come in behind the winner. It’s not worth it, is it?

From a team perspective writing up and sharing what you’ve achieved over the previous year or in a specific project can be quite cathartic, simply because sometimes when going the extra mile you forget about the outcome or result, and the effort you put in.

Payroll people continue to take on more responsibility by default in this burgeoning legislative landscape, adding to the pressure they already have. Individual or team awards validate that they are doing a crucial role well. It substantiates their credibility. Even an award nomination can be helpful as it shows internal stakeholders that the team or individual is on top of their game.

An award also acts as a testament to the work ethic and dedication that the job demands from its people. Unlike some jobs, you can’t delay payroll because you’re not ready. That critical date every month has to be hit no matter what.  An award says the work you’re doing is not just ‘pretty good’. Its ‘excellent’.

I’d like to think that in a world where sometimes ‘loyalty’ is seen as a dirty word, awards can help build that sense of family, and plays a small part in the retention of employees or attracting new ones into the team. Of course you will always potentially lose payroll people who’ll springboard off the win to secure a new role or be poached by a competitor, but they’d probably go anyway whether you put in for an award or not.

In terms of visibility its always good for payrollers to put their head over the parapet. In a world where the lines between HR/ Payroll and Finance are becoming increasingly blurred, it’s a good way to position you or your team as the ‘go to’  people. Strategically within your business an award nomination, shortlisting or win can do you no harm, as you will be garnering plaudits from some of the top brass and raising payroll’s profile at the highest level.

So go on. Write it up. Submit it, and see where it takes you.

IRIS FMP Payroll Services were an award winner at the Payroll World Awards in November 2015, and received the Global Payroll World Judges Award for Outstanding Achievement on May 26th 2016 in London. Well done to all payrollers, whether winners or not. Keep up the good work.