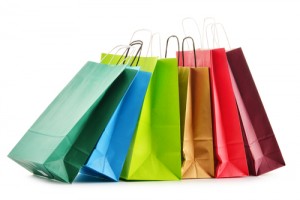 HMRC certainly ‘Found it’ at Debenhams, uncovering over £130,000 of payroll underpayments involving 11858 workers, and hitting the department store with a whopping £63k fine. The department store, who’s current slogan is ‘Found it!’ blamed glitches in their systems, but the damage has been done.

We’ve consistently pumped out blogs on the importance of checking minimum wage and living wage payments and the need to ensure your payroll software or outsourcing payroll provider is completely on top of this issue.

These high profile cases highlight just how reputationally damaging this kind of action brings. Indeed around 1000 companies have now been shamed by the HMRC. The Debenhams story attracted many column inches from national and regional dailies such as the Telegraph, Daily Mail and Independent, and industry journals such as the Retail Week. Of the 350 companies recently named other well-known businesses such as Subway, Peacocks, and Lloyds Pharmacy were also mentioned. Employers in the hairdressing, hospitality and retail sectors are the most prolific offenders. The full list of offenders is detailed here.

In a socially driven world, these stories leave a bad taste in shoppers mouths. Would they stop shopping at Debenhams? Possibly. Even worse for Debenhams is the lack of trust that must now exist between the employer and employee.

But of course, this all could be avoided. Most reputable payroll software systems or payroll outsourcing companies should easily be able to report this sort of detail, ensuring you remain compliant with HMRC.

If you’ve got an employee to sign a contract for payments below the minimum wage, you’ll find that this is not legally binding. The worker is still entitled to the National Minimum Wage or National Living Wage.

In January, the government appointed Sir David Metcalf as the first ever Director of Labour Market Enforcement to oversee a crackdown on workplace exploitation, and in November last year, labour market enforcement undertakings and orders came into force under the Immigration Act. This can ultimately lead to criminal prosecutions and prison sentences of up to 2 years for employers who mistreat their workers, including national minimum wage violations.

So be warned. Fines, poor publicity, and potential prison sentences await offenders. get organised. Check your payroll. Build in systems that report what your employees are being paid.