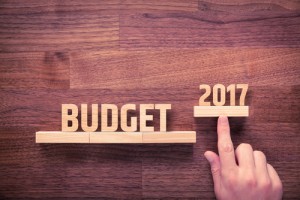 The Chancellor of the Exchequer, Philip Hammond, will publish his Spring Budget on Wednesday 8 March 2017. What will it mean for payroll and business?

It’s likely to be a low-key budget, as Article 50 and Brexit come after the event. I’m not certain Mr Hammond will want to over-commit himself. Of course, this is a funny year, with a switch to Autumn budgets later this year. This will be the last Spring budget.

The Chancellor comes into the budget with a much-needed boost, based on the latest forecasts from the Office for Budget Responsibility, who have provided a forecast showing greater growth for the economy and lower borrowing costs.

According to the Ernst & Young ITEM Club, forecasted GDP figures are expected to be revised upwards for 2017, from 1.4 percent to 1.6 or 1.7 percent. They also suggest that 2016/17 public sector net borrowing will fall by £3bn to £65bn, with better-than-expected tax receipts cited as credited with the saving.

The government is keen to remain on track to meet its manifesto commitments, and it has been suggested that personal allowances will go up to £11,800, and the 40 per cent tax threshold rise to £46,500.

The Federation of Small Businesses has called for a “pro-business Budget” with measures aiming to boost jobs and long-term growth, citing £2,600 in additional employment costs from government policy in the 2017/2018 tax year.

If these figures are true the CBI’s call to reform business rates, due for re-evaluation in April, would be much needed. There are also calls to cut fuel duty, which could also help businesses balance the books.

Payrollers will, therefore, play an important part in evaluating pay bills over the coming months and strategically advising business leaders.

Many commentators are looking for the Chancellor to back British businesses and improve job creation and drive productivity as we enter the critical period before leaving the EU. Needless to say, each and every business change will require analysis and in-depth understanding of the effect it will have on businesses and the employment of people within organisations.