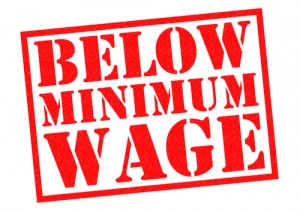 Payroll teams will need to get their house in order when it comes to the National Minimum Wage, according to a new report published by the National Audit Office (NAO), and with the National Living Wage recently coming into effect, the HMRC has stepped up its investigation into breaches.

The care sector, which has been specifically singled out in the report, has repeatedly been targeted, with claims of up to nearly 13% of the workforce who may not be paid the minimum wage.

The HMRC are investing 30% more resources this year for compliance and enforcement with the National Minimum Wage increased the budget to £20.0 million compared to £13.2 million in 2015-16. Apart from the financial penalties the HMRC are actively naming and shaming employers – not good for an organisations reputation.

With the HMRC already dishing out £5.6 million in penalties and naming and shaming 490 employers under pressure payroll teams should make an urgent audit to identify potential breaches a priority.

The current adult National Minimum Wage is £6.70 per hour. The new National Living Wage came in to effect April 2016 and is set initially at £7.20. 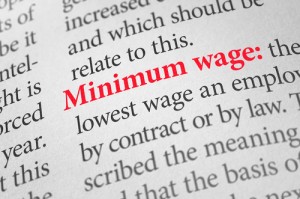 If you need to get your house in order then contact us.