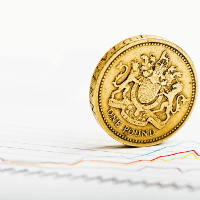 “This afternoon George Osborne, the Chancellor, has provided us with his Autumn Statement which as predicted highlighted a raft of changes affecting payroll, such as the rise in pension contributions, rise in apprenticeship levy and the announcement that tax credits will not be scrapped.

From a payroll perspective, the most critical item which was discussed in the Chancellors statement was the proposed changes to the HMRC, and the digitisation of the tax system, which means that 137 offices will be closed and replaced with thirteen regional centres.

While changes to the HMRC may seem like a strong move by the Chancellor, the already over-burdened customer service desks may struggle under the weight of having to deal with more enquiries, and given the recent report commissioned by the government which states that HMRC’s customer service is so bad it poses a ‘genuine threat to tax collection’, more pressure than ever will be placed on the shoulders of Payroll Departments.

For Payroll Departments having to pick up the slack, getting answers to queries regarding payslips and other tax issues will become a very real problem. And whilst the end result may make life easier, past experience has demonstrated that these changes do come with teething problems particularly, when the existing system is not functioning with all cylinders blazing as it should do – this change leaves payroll teams with a very real concern over the future of the industry.”

Other points raised in the Chancellors statement which will affect the Payroll industry are: