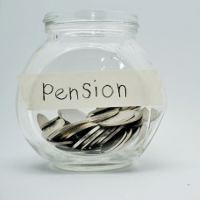 We read with interest an article from The Daily Telegraph which highlighted potential plans from the government which are set to offer more time for families that employ nannies, gardeners and other helpers to set up pensions.

According to the Daily Telegraph, the plans state that every employee that is enrolled in a workplace pension could be put on hold, due to the capacity crunch which is currently facing smaller businesses around staging beginning in January 2016. The rules state that even organisations that employ just one member of staff, such as a gardener or a nanny will have to begin paying a pension to that employee within three years.

With concerns growing amid the government and also businesses that the deadline for Auto-Enrolment will not be met, and the additional costs with the rise of the minimum wage putting pressure on these businesses an ‘emergency pause’ plan has been drafted, however, according to the Department for Work and Pensions, the government has no current plans to give employers more time to set up pensions.

Capacity crunch is clearly a concern – especially for smaller companies that simply don’t offer the revenue generating opportunities required to get advisers interested.  The sheer logistics of getting 135,000 companies ready to stage – from the HR requirements to finding a pension provider and managing the payroll changes – are clearly challenging.

But there is far more to it than that. The reality is that smaller companies just don’t seem to have got the message – they are either being lulled into a false sense of security by promises of easy, 20 day staging processes or have simple failed to register the significance, complexity and cost of AE amongst a mass of other regulatory and legal requirements.

Indeed the cost of AE is another area that is raising significant concerns within the industry due to a lack of understanding regarding the up front and on-going business investment required. According to industry commentary, AE costs are estimated to be £8,900 per small business. However, 40% of the UK’s smallest businesses either don’t know or don’t think it will cost anything to set up; while a further 11% think it will only cost up to £5,000.

The truth is that everyone involved in the payroll and pensions industry believes there is going to be a capacity crunch in delivering auto-enrolment – there are simply not enough providers to deal with the volume of companies staging. And that is assuming a good proportion of those companies plan ahead. If, as is feared, a large number buy into the myth that AE is a simple, low cost, 20 day process or that existing providers will simply step up to the mark on time, the problem could be explosive – AE Armageddon.