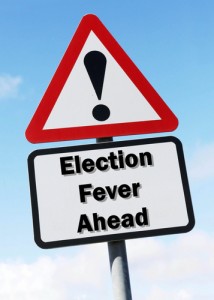 There were already serious misgivings voiced by the Treasury Committee in January 2017 regarding the timetable around the HMRC digitisation programme.

But with today’s snap election call from Teresa May, and government projects going in Limbo as civil servants impose a period of purdah in the run up to polling day and beyond until the new government is formed, we’ve got to ask whether this will signal a further delay in the programme, already thought to be a year behind.

Purdah is the pre-election period in the United Kingdom, specifically the time between an announced election and the final election results, where central and local government effectively grind to a halt with the big decisions. The purdah period typically begins six weeks before the scheduled election. The snap election gives an easy ‘out’ for the stretched HMRC project team.

If you cast your mind back to the serious shortcomings with HMRC systems, particularly the meltdown in call handling in 2015, an overhaul is long overdue. And everyone greeted the £1.3billion investment to end bureaucracy with open arms. But the programme always looked a little ambitious from the start and it’s in real danger of turning into another IT nightmare where project teams over-promise and under-deliver, and ultimately miss the April 2018 deadline.

HMRC digitisation will see a slimming down of HMRC personnel by about a fifth and I just hope that these reductions don’t go ahead without the corresponding improvement in systems, or without any necessary testing and bedding in period to make them robust for payroll teams who can ill afford to be waiting on the end of a telephone line for information that may or may not be available online.

We shall see. I just hope the snap election doesn’t drag us into another period of uncertainty, or stop the HMRC from improving the service it offers to employers and their payroll teams. Either way, and with potential Brexit fallout coming soon, payroll teams need to quickly get their act together.