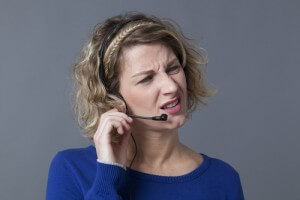 Payroll teams up and down the country have rightly criticised the HMRC over call answering times over the last couple of years, with the peak of nearly an hour wait back in 2015/15 when the system was in meltdown.

There’s no doubt that things have improved but we’re all busy people, and any time saving is important. Avoiding peak times and calling at quieter times gets a quicker result and avoids that frustrating dead time when you are on hold.

Research from the National Audit Office and Which universally slammed the HMRC earlier in the year. A further damning report from the Public Accounts Committee back in July continued to stick the knife into HMRC inadequacies. So what should savvy payroll managers do?

New research in August from tax insurer PfP gave insight into the worst times to call, and the best. The research as expected showed that some times are better than others.

Is there a ‘best’ time to call the HMRC?

And the best time to call? That would be early in the morning between 8.30am and 9.30am or at lunchtime between noon and 12.30pm, with an average four and a half minute wait.

Now before you go off and schedule your HMRC calls, consider this. If the advice is to ring early or at lunchtime to get the best service, a good number of people will follow this advice, and not ring at the ‘worst’ time, pushing the volume of call up at these key times. The result?

In our opinion this moving feast means that ultimately there may be no best time to call the HMRC.  We’d like the HMRC service to get better, whatever time you call.