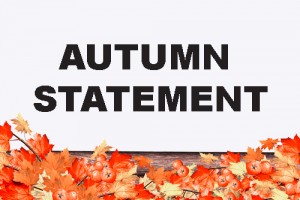 Phillip Hammond’s Autumn statement may create some hope for small businesses, already reeling after the first round of National Minimum and Living wage changes and the impact of Auto Enrolment.

The announcement to increase the “National Living Wage” by 4% from £7.20 to £7.50 an hour from April 2017, is a little below the £7.60 figure that the Office for Budget Responsibility indicated would be needed to reach the £9.00 an hour originally targeted by the Government by 2020. Payrollers will need to ensure that this rise is built into any forecasting of salary costs in 2017.

Hard pressed small businesses are likely to continue to struggle to get the balance right, though may take some solace in that the rise was not as large as was potentially calculated. The £7.50 is 10p lower than that recommended by the independent Low Pay Commission. Whether the Government caps the increases in future budgets and abandon the £9.00 target will largely depend on what happens with Brexit.

The CBI response was supportive: “The Government is right to accept the independent Low Pay Commission recommendations, as firms want to see affordable rises in the minimum wage that protect the low paid and avoid damaging job prospects.”

And of course the Governments investment in future productivity growth can only be a good thing that will help small businesses with job security.

The autumn statement also confirmed that National Insurance thresholds will be aligned in April 2017  at £157.00 per week, and that tax and National Insurance advantages on benefits in kind and salary sacrifice will go. More things for payroll teams to consider as we move into 2017.