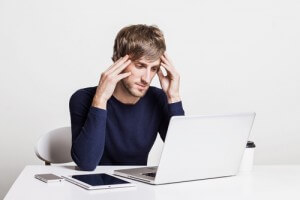 You may have missed it but if you’re setting up a new business you’ll soon need to factor in immediate auto enrolment – according to The Pensions Regulator.

Under the old system all businesses which existed before April 2012 were given lots of time to reach their staging date based on when they began trading. But from 1st October 2017 new duties come into effect as soon as they employ their first member of staff. The duties would apply from the first day the first employee begins work – the ‘duties start date’.

Recent research from the regulator suggested that just 56% of micro employers understood their auto enrolment responsibilities. Start ups need to be on the ball to comply with their auto enrolment legal duties on top of their need to register as an employer with HMRC, and taking out relevant insurances.

As a start up you may be inclined to ignore your legal duties,  but this is becoming increasingly dangerous. The Pensions Regulator has taken a hard view of offenders with not only fines but also public naming and shaming.

Putting off the inevitable was very costly for small family company Johnsons Shoes . They continued to ignore their AE responsibilities and were hit with both a Fixed Penalty Notice and then an Escalating Penalty Notice (EPN) served four months after the FPN. The total fine rose to over £40k. That’s because when you reach EPN notice you’re in big trouble, as the fines escalates by £2500 every day. Ouch!

And what’s more the regulator has started national spot checks around the country to ensure compliance is robust in all companies.

So, as a start up what should I do?

Auto Enrolment has become so much easier that when it was first introduced, with many payroll processors provide this as a simple bolt-on service that takes away the legislative hassle. The cost to remain compliant for start ups has never been so easy or affordable. The key is to not bury your head in the sand!