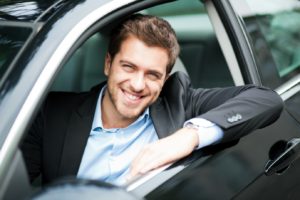 Company cars, private medical insurance and a number of other benefits in kind (BiKs) are popular elements of many people’s salary packages. However, ensuring the right tax is paid on these BiKs can be complicated. It has traditionally meant that forms need to be filled in at the end of the tax year and adjustments have to be made to tax codes.

Employees often find it hard to know whether they are paying the right amount of tax and, if they are not, they could either incur an unexpected bill or receive a rebate. But now some organisations are taking up a new Government system of payrolling benefits in kind, which is designed to make the whole process simpler and save time.

If you would like to take up this opportunity, you need to register with HMRC by a cut-off date before the start of the relevant tax year, and you will also need to have a payroll management software system which includes payrolling BiK functionality. The new system started to be implemented in April 2016, with more employers expected to take up the opportunity in the 2017/18 tax year.

How Is the System Changing?

Benefits in Kind have traditionally been taxed via a time-consuming method. This involved employers reporting their employees’ benefits to HMRC at the end of the tax year via a P11D form, and in addition having to file a P46 car form where a car is being provided for private use.

At present, employees receiving these benefits pay some tax retrospectively, because tax based on P11D isn’t paid in real time, but based on the previous year. This can cause confusion.

The new voluntary system of payrolling means that fewer P11D forms will have to be issued and there will be no need to provide P46s for company vehicles included in the scheme. However, not all benefits will be included under the new regime, with some items being excluded. These include instances where an employer provides living accommodation, credit cards, vouchers and beneficial loans. Also, even where benefits are payrolled, Class 1A National Insurance contributions will still have to be paid on those benefits in the normal way.

If you decide to switch to the new system, you will need to inform all your employees individually, because their take-home pay may change as a result. HMRC will provide the suggested wording for a letter. Some members of staff may ask not to be included in payrolling BIKs and you may also decide not to include some in the scheme, still issuing P11Ds for them instead.

The hope is that the new system will save a lot of time, both for companies and for staff at HMRC. Employers will not need to prepare so many forms at the end of the year, while more straightforward tax codes should also mean that HR teams no longer have to field so many queries from staff who are confused about whether they are paying the right amount.

This should also ensure that eventually tax deductions included in the monthly payroll will be more accurate and tax codes for individuals will change less often.

Even though the aim is to simplify tax deductions, initially it could be complicated to set up the new system of payrolling. This means you may not feel that you are saving a lot of time at first, although hopefully this will change in due course.

Over the first two years of BiK payrolling within an organisation, some employees could find they are still having their tax code reduced because of underpayments from previous years, as well as paying in real time for the current year. However, by the third year this will no longer apply and it should be simpler to see if they are paying the right tax.

Payrolling of BiKs has now been enabled within IRIS FMP Teamspirit. Preferably, the P11D software module should be in place, but an alternative is to combine parts of the configuration with calculations carried out manually. For IRIS FMP Payrite, BiK payrolling is being implemented through the Expenses module, which is an additional module that many clients have purchased.

If you are considering installing one of IRIS FMP’s payroll management systems, which include Amity, Teamspirit and Payrite, contact us for more details or to request a demo.