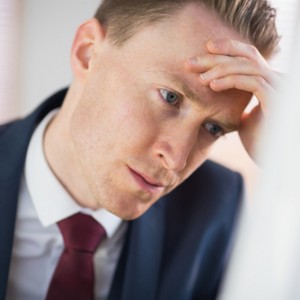 A round up of recent articles has left me a little concerned about the fallout from the National Living Wage.

News on the Payroll World website ‘NLW has not led to job losses’ seemed very encouraging, with research from the Resolution Foundation from 500 UK businesses suggesting that the ‘evidence so far is that firms have absorbed some of the impact on their wage bill, while passing on a share of those rising costs to consumers through higher prices.’

So employers footing the bill.

Not so, according to a report in City AM, which paints a bleaker outlook for employees. Indeed giant retailing force Marks & Spencer has axed premium pay on Sundays, cut pay for bank holidays and anti-social hours and plans to reduce pension contributions.

So employees footing the bill.

IRIS FMP’s own report on the retail sector ‘Dawn of the Living Wage’ sees a similar position from retailing giants Morrisons and B&Q, and the City AM report indicates M&S would terminate contracts of employment for those that did not agree with the changes.

And a report in The Telegraph indicates that nine out of ten local councils have taken advantage of a rule allowing them to raise council tax by 2 per cent for adult social care as a way of meeting the wage bill hike.

So we all end up footing the bill.

Whether anyone will end up being better off because of the introduction of the National living Wage remains to be seen. Interestingly those SMEs who have been unable to compete in the employment market, because of better total packages provided by other employers, may find themselves on a more level playing field going forward. Certainly those that strategically fully understand their payroll will always be at an advantage.

I think it’s too early to make a call on whether the NLW has been a force for good. Some good transparent research after the first year should be commissioned by the Government or Low Pay Commission as part of its new remit, that should examine whether the National Living Wage is actually having a positive effect, taking into account everything that will be learnt over the coming months.

The research should look at the effect on micro, SME and big businesses, and detail whether employees are actually better off, based on the whole package of employee benefits.

Ultimately any business will need to look closely at the effect any decisions they make around NLW will have on their business in terms of staff morale and churn. Savvy business leaders will use payroll to effectively manage their strategy around this.