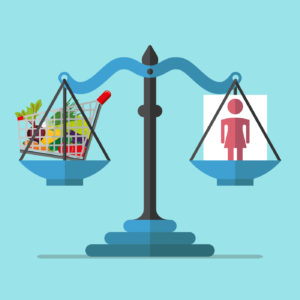 A legal challenge by a thousand female Tesco employees, reported in City A.M., sees the supermarket chain accused of potentially underpaying distribution staff by as much as £5000 a year, according to the law firm bringing the claim.

The GPA suggested back the inequality in pay could go back more than six years. The case follows similar actions involving both ASDA and Sainsburys, with the number of disgruntled ASDA employees swelling to 20,000.

Inequality in pay has become a big issue in the retail sector but no company is safe from these claims. Understanding the make-up of your payroll is vital for any company, both from  strategic and budgeting perspective , but also now from the position of reputation and potential adverse PR. The best Payroll software can help, allowing HR and payroll teams to easily identify hotspots and issues with equality of pay.

The workers within Tesco, three-quarters of whom are female, say they earn up to £3 an hour less than mostly male Tesco warehouse workers in similar roles. If successful it could open the doors to 200,000 other shop-floor workers claiming back pay. 40,000 people are directly employed by Tesco.

The legal proceeding have been brought by law firm Leigh Day through ACAS and is the first step in an Employment Tribunal process that could last several years, according to Retail Gazette. If successful it will be the largest ever equal pay challenge in UK history.

Whatever happens at Tesco any company, from micro employer to global businesses, will need to critically look again at any pay inequality that may exist in their business. Your payroll software or your outsourced payroll provider should easily give you that information. More critically  will invariably be the need to do something about it before the lawyers get involved.