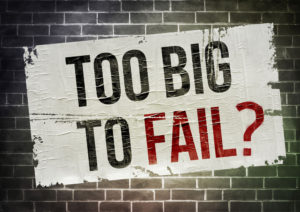 When two Oxfordshire councils signed up to an outsourcing deal, outsourcing payroll alongside other key services,  they must have thought all their birthdays had come at once. But down the line the £18m ‘savings’ have been obliterated, with mistakes in payroll particularly being singled out. The question this raises yet again is ‘Can generalist outsourcers ever get payroll right?’

BBC News singled out Capita Business Services for criticism of the outsourcing services they provided.

South Oxfordshire and Vale of White Horse District Councils signed a contract with three other local authorities in August 2016. The Oxford Mail report heralded it as ‘ground-breaking’. The contract should have lasted nine years.

But just two years in and the contract is falling apart. Cllr Debby Hallet, deputy leader at Vale of White Horse  commented. “Our savings have been significantly reduced if not obliterated.”

Generalist outsourcers continue to get awarded contracts and then deliver a terrible service. Serco’s £1million payroll debacle at Lincolnshire County Council provided another high profile failure. It all highlights why payroll should only ever be outsourced to outsourcing payroll specialists.

£1million of payroll errors were reported by Lincolnshire County Council (LCC) back in 2016. It highlighted one of the major problems of these ‘mega’ contracts signed by organisations, bamboozled by multi million pound ‘savings’.

The black and white of their £71million contract, and the reason Lincolnshire signed, was a projected £14million saving.

I’ve worked in outsourcing for many years, for both small, medium and large companies. My experience of generalist outsourcers is that they package a complete service but often don’t know how to deliver all of it to the desired level. They’re great at the big picture. So, bits of a contract invariably fall over.

When I reported the Lincolnshire County Council debacle I revealed the hidden additional costs of getting it wrong. In one month alone 450 LCC workers were underpaid. That’s 450 calls to HR, to be investigated and resolved, the knock- on effect on productivity. And, additional administrative time and hours lost.

You then need to build in other costs such as employee churn, recruitment costs and staff motivation.  These are often affected by poor payroll experience and poorly worked attempts to recover overpayments from staff.  They could end up paying more, rather than making savings. Two years later Lincolnshire may finally be exiting the contract .

I should never outsource then?

No. There is still a great argument for outsourcing, with hard research on relieving the administrative burden, and time and cost savings. But organisations need to ensure that core strategic services such as payroll are not watered down as part of an overall package. They need to be outsourced to professional dedicated payroll outsourcers rather than outsourcing generalists.

Organisations should also seek to understand what level on control they want as part of a deal. Some savvy companies opt for a Part Managed payroll service rather than fully outsourcing. Part managed payroll gives them control whilst relieving them of the administrative burden.

So, continue outsourcing but be smart. Pick the right specialist  provider for your payroll and you won’t go far wrong. But please don’t package payroll with other services and expect the result you seek.  And please make sure you are not swayed by eye watering savings that just might never happen.