What’s in store for payroll in 2017? Get ready for more change as we explore the Top ten payroll issues for 2017.

The Chancellor’s Autumn Statement continued to add to the long list of issues for many payroll managers and, as a result, 2017 looks set to be another challenging year.

From HMRC digitisation to Auto-Enrolment and the National Living Wage to Gender Pay Gap reporting, we take a quick look at the top ten issues facing payroll in 2017.

2016, however, whilst very busy for payroll proved that raising awareness in auto enrolment avoided the Armageddon predicted. In the end most micro companies got there. With many more micro employers set for AE staging this year it will be interesting to see how this develops as Brexit unfolds.

So what is in our Top Ten Payroll Issues for 2017 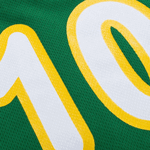 2017 will be a big year for Brexit as Theresa May confirmed she will trigger article 50 before the end of March 2017, setting in motion the two-year process of leaving the European Union.

2017 may be a wake-up call which sees a real departure from the ‘business as usual’. Unlike the UK the EU is not considering a universal Living or Minimum Wage, though Finland is examining the idea and the European Commission is watching the proposal.

The government will also look to repeal the 1972 European Communities Act, the law that binds EU law to the British statute book, and new legislation to transpose EU legislation into British law.

So businesses and payroll teams will need to prepare for change. It’s coming, so early 2017 will be a time to get your ship in order. 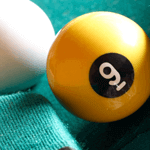 9. The roll out of Payrolling

Launched last year HMRC has not yet made it compulsory for an employer to register to process benefit in kind through the payroll.

Tread carefully. If you are planning on processing the benefit in kind through the payroll for 2017-18 you can register now and up to 5th April 2017.

However for most it’s already too late as HMRC suggest registration by 21st December 2016. After this date there could be a danger of employees receiving multiple tax codes.

Our advice for those companies who are not yet payrolling is to hold on. This tax year has been the first year where payrolling was trialled as an alternative, and we are sure that lessons have been learned by the HMRC and early adopters.

We believe companies should look out to benefit from this learning and look to apply for payrolling in 2018-19. 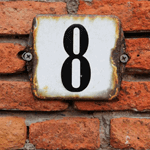 Phillip Hammond’s Autumn statement may create some hope for small businesses, already reeling after the first round of National Minimum and Living Wage changes and the impact of Auto Enrolment.

The announcement to increase the “National Living Wage” by 4% from £7.20 to £7.50 an hour from April 2017, is a little below the £7.60 figure that the Office for Budget Responsibility indicated would be needed to reach the £9.00 an hour originally targeted by the Government by 2020.

Payrollers will need to ensure that this rise is built into any forecasting of salary costs in 2017.

Hard pressed small businesses are likely to continue to struggle to get the balance right, though may take some solace in that the rise was not as large as was potentially calculated. The £7.50 is 10p lower than that recommended by the independent Low Pay Commission. Whether the Government caps the increases in future budgets and abandon the £9.00 target will largely depend on what happens with Brexit. 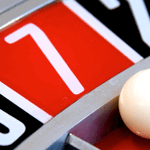 Payroll Data security has been the one topic that has surfaced time and again in 2016, and there will be no let up for unwary payrolls teams in 2017.

With phishing scams fooling payroll people into handing over sensitive employee data at Snapchat, to high profile internal data and financial theft at not for profit The National Childbirth Trust (NCT), to sophisticated hacks and embarrassing leaks through the press and social media for Yodel, Carphone Warehouse and Morrisons, teams need to be on their guard more than ever.

Our view is have the best protection for your business and it starts from the top. Our ebook on the subject gives a multitude of tips but it should all start with a complete review of your systems and procedures, and access points internally and externally.

It’s going to be a rough ride in 2017. Protect your payroll data now. 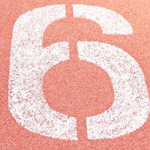 The number of small and micro employers staging for auto enrolment will peak in 2017.

The process has become much easier for many micro organisations, often packaging up pensions staging with their payroll provider, making compliance and payment simple.

Employers can find out their own staging date and start their automatic enrolment plan at www.tpr.gov.uk/planner 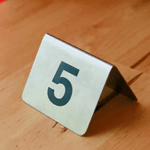 Holiday pay must include compensation for any results-based commission that would ordinarily be earned, according to the latest judgment in the long-running case of Lock v British Gas.

The Court of Appeal judgment in Lock v British Gas Trading came after the case on working time was heard back in July 2016.

The case is really important to any employer that runs a commission scheme, or who regularly make other payments. Such as overtime or stand-by payments.

This could create budget and payroll implications and hit businesses hard in 2017.

Our advice would be to savvy payroll teams to budget and plan for a change in 2017, putting the necessary measures in place and potentially opening communications with employees on the subject. 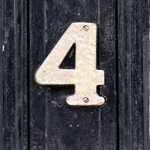 After a year long trial the Government will provide an additional 15 free hours to working parents of 3- and 4-year-olds from September 2017.

The additional 15 hours of free childcare is available for families where both parents are working (or the sole parent is working in a lone-parent family), and each parent earns the equivalent of 16 hours a week at the national minimum or living wage, and earns less than £100,000 a year.

For business this may mean that the talent pool expands further, creating opportunities to employ more zero hours or key time employees. 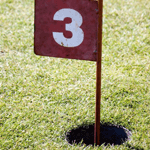 Gender pay reporting will apply to employers with 250 or more UK employees. This will include LLPs, partnerships, companies, unincorporated bodies or other types of employing entity. This is likely to affect around 960 businesses and 11.3 million employees.

Employee pay must be reported to demonstrate any differences between male and female pay. This includes a range of remuneration, including the mean and median pay gap figures, but there are some exceptions.

YOU WON’T NEED TO REPORT… 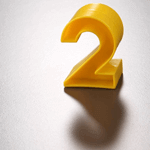 For the 2% of big businesses with a wage bill of more than £3million, 2017 will see the introduction of 0.5% Apprenticeship Levy.

If you’re one of those businesses you’re hopefully prepared. Don’t delay if you haven’t as the introduction starts from April.

Our prediction is that the Government may seek to widen the levy to fund more apprenticeship places so be on your guard. Whilst 2017 may see your business let off the hook, the levy could be around the corner for you. Proactive teams should create contingent plans for 2018. 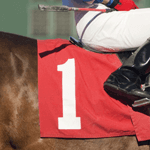 HMRC is staking a lot on the success of its plans to digitise the tax system but 2017 will be a real test of whether these plans reduce the pressure on its call centres.

The signs at this point are not good. The HMRC recently lost its Chief digital and Information Officer, and losing further key staff will damage HMRC’s capability to deliver the transformation and reduce staff numbers by over 5000 over the next three years.

Teams will need to choose their moment to call HMRC in 2017.

Calling the HMRC can be a challenge for any business. A recent survey highlighted the best and the worst times to call. In 2017 you may need to pick your moment !
Best Time 08.30: Worst Time 16.30

That’s our top ten Payroll issues as we see them for 2017. There are lots of other changes that you’ll need to account for in 2017 and of course for those that have already auto enrolled you may be facing the first round of re staging. Whatever comes up in 2017 you’ll need to be prepared. Good planning, procedures and security should be the norm, with superb analysis and reporting to help move payroll,  and your business, forward.