“When your back is to the wall and you are facing fear head on, the only way is forward and through it.” ― Stephen Richards 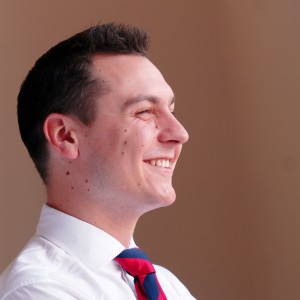 Bond’s Neil Lagden, after surviving a life threatening brain tumour, has bounced back to work stronger than ever. His tale is a superb example of how to get life (and death) right within a company.

It’s also a wake-up call for any business to think proactively about key man insurance, contingency planning, documenting procedures, effective payroll support, and motivating a team through a crisis.

Back in June 2015 Bond Payroll Services was in a good position mid-year and on the cusp of launching new strategy. Just going into the summer months however, the company was turned upside down. Neil Lagden, Bond’s Managing Director and the architect of its success over the previous eight years, suffered a seizure that led to the diagnosis of an eight and a half centimetre brain tumour.

Words no one likes to hear

Neil “At first it was just diagnosed as a seizure and I was removed from being able to drive for six months. This was inconvenient but the company were great and I was fortunate that we agreed that I could homework for two days a week and have a paid for cab ride for the other three days. We had been piloting homeworking of payroll managers so the concept was already proven and the precedent set within the business. With home office support from the company it meant I could get on with work”.

A follow up MRI scan however brought the dreadful news of a significant tumour that would require immediate surgery, chemotherapy and radiation for Neil to have any chance of long-term survival.

Neil “Getting to grips with this was hard. You fear the worst but want to remain as positive as possible, for your family, friends and work colleagues, and of course for your own sanity. Saying goodbye to my colleagues before the surgery felt like I was saying goodbye for good. “

Effective support is so important

On Neil’s diagnosis Bond International’s HR team stepped up and sorted things out. Part of the employee benefits package available to everyone in the business is Critical Illness cover. In the event of being diagnosed with a critical illness the scheme will provide employees with a lump sum equivalent to a multiple of your annual salary. Neil “While you don’t want to think about the worst you still have to face it and plan for your dependents’ future. As the son of an Independent Financial Advisor I was luckily already pretty well covered. The impact of the Critical Illness scheme on me was that it created certainty that there was plenty of financial support or my family.” Bond’s scheme becomes eligible for every employee after the completion of their three months continuous service, and lasts until you leave the company.

And of course the long periods when Neil was absent from the business were covered by an Income Protection Scheme, which covered 75% of Neil’s salary in order to cover the costs of replacement staff. The scheme also included telephone and face to face counselling on a 24/7 basis. “It was good to know that counselling support was available if I wanted it” said Neil “but the support I got from everyone that knows me was exceptional, and helped me through”.

If Neil had died, however, a Death in Service benefit would have provided four times Neil’s basic annual salary, normally free of tax. “Whichever way the cards fell Bond would have taken care of my family, which was really important to me” said Neil.

Stepping up to the challenge

The loss of Neil from the business was sudden, unexpected and hit the team like a steam train. Gary Webb, Head of Marketing, picks up the story “The call from Neil was so very matter of fact, but prompted a chain of events that polarised a desire to achieve everything we set out to in our business plan at the start of the year, and more. “

Neil’s absence did create some headaches. With the loss of a key signatory within the business some business rules and procedures had to be rewritten. Authorisation levels were amended and MD level support was picked up Justin Cottrell, Neil’s peer within Bond Payroll Services international partner company, Bond Global. Individual department managers lifted their games, picking up different aspects of Neil’s role, so that nothing was dropped. Neil however kept an eye on things, even in his darkest moments, remaining steadfastly supportive of the business he had grown over the previous eight years.

“It may be clichéd but the entire team really did go the extra mile on this occasion. Morale remained positive on two fronts” says Webb “We wanted Neil to get better – that goes without saying – but we all wanted to ensure that he came back to a business that was as strong as ever, if not more so.”

The business always left the door completely open for Neil’s return, which was reassuring. Neil “There were multiple scenarios that could have played out from my illness, and the business positively supported me on every one. I wanted to get back but was realistic enough to understand that it might not be possible.”

Neil was given the all clear by his doctors just before Christmas 2015. “I was told on the day of a Christmas event with some colleagues. I must admit to getting a little drunk that night.” And the business delivered an extra Christmas present to Neil as well, breaking new records for new business and picking up the Team Award at the Payroll World Awards in December 2015.

Getting back to work – One step at a time

Recovering from a major illness is hard and there is often pressure to come back too soon. Luckily Bond have again taken a flexible approach that has supported Neil back into full time work.

Stopped from driving by the DVLA for two years Neil is back to where he was before surgery, and again the business has been flexible in offering a homeworking/office based solution.

And the business worked around some final chemotherapy treatment to ease Neil back in. Nearly a year later Neil is back, and keen to drive the business to yet new heights.

What do you take away from a life-changing experience like this?

Neil’s experience has certainly changed his outlook on life.

“I think you end up valuing everything more fully from the relationships you have with family and friends, to the desire to do everything, and really enjoy the ride every day.”

“My life has been on hold for a year, and so has the development of the business. However, I’ve learnt from this experience that I can rely on many, many people. I’ve been able to let go so that they can get on with it. I’ve always been a very hands on manager, and this has actually meant I can more fully focus on our strategy. Something like this really shows how much we trust each other.

From an operational viewpoint it highlights the need to have an effective contingency and succession plan for all of your team members. We’ve asked ‘What if?’ for all of our key people, and looked hard again at our development plans, to ensure we build the skills in our team to make a transition or promotion easier.

Luckily for me Bond have built a strong support system both financially and emotionally. It helped me through. I would recommend any organisation looks again at how it supports individuals and teams through situations like mine.