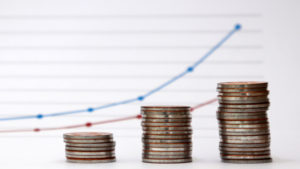 There could be payroll troubles soon. Auto enrolment costs and wage growth are driving demands on payroll according to reports out recently.

For both short and long-term vacancies, the care industry yet again seems to be suffering with recruiters hard-pressed to find skilled candidates. The REC has also reported a significant dip in the demand for retail staff with Toys R Us, Maplin and drinks wholesaler Conviviality failing and other retail giants such as New Look and House of Fraser in trouble.

Moreover in the wider employment market whilst there is an improvement in employer confidence there is a belief that the availability of short term temporary workers will worsen over the coming months. A result of Brexit? Knowing the makeup of your workforce and strategically planning your next steps now might out you in a good position for the end of the year.

Concerns that the costs of auto enrolment might be offset by smaller pay rises seems unfounded with a recent DWP survey suggesting that just 11% of employers had passed on lower wage rises in order to offset the cost of auto-enrolment.

However the survey may have been commissioned too early. With the rises in auto enrolment contributions from to 5% in April this year and a rise to 8% in April 2019 the real pressure on wage rises may yet to be seen. Having the time to fully understand your payroll has never been more important whether that be outsourced or in house.