Yesterday 7 amazing IRIS FMP volunteers undertook a range of challenging and hilarious tasks in their attempts to smash some records on Guinness World Records day. This was all in the name of a very good cause: our charity of the year, Huntington’s Disease Association.

We had Dan Habbishaw and Julie Kennett trying to set up a chessboard in the fastest time possible – made even more difficult by the fact that the record changed from 30 seconds to 24 seconds in the last few days! 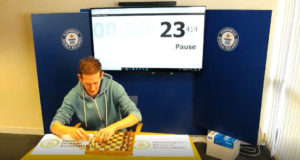 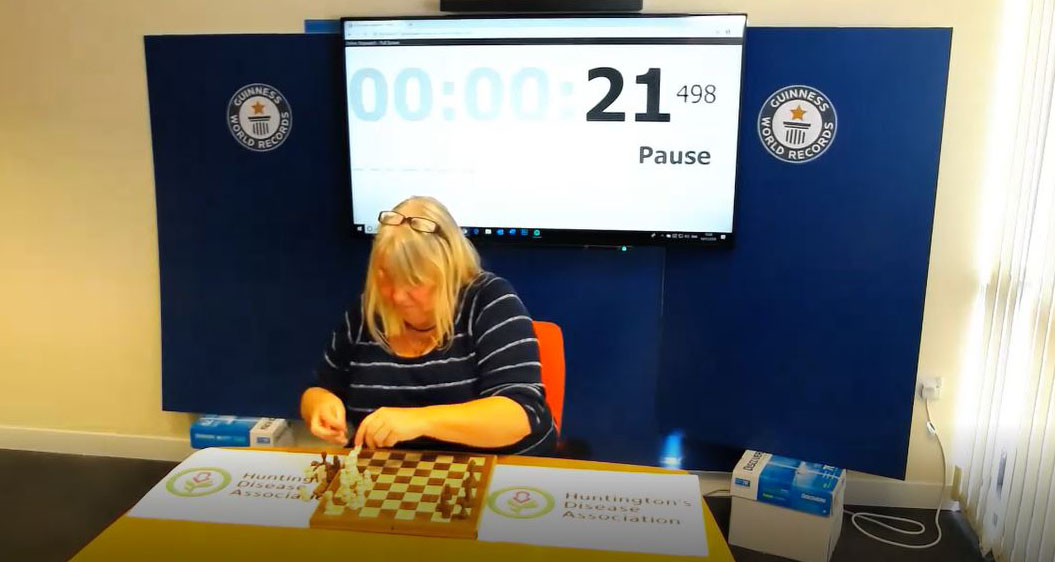 What do you do when life gives you lemons? If you’re Amy Newton and Jocy Levy then you try to beat the record of most number of lemons caught blindfolded in 30 seconds (38!), whilst sustaining some minor injuries in the process! 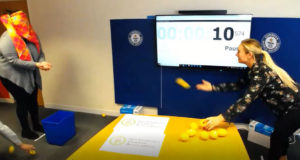 Alastair Dudman and Gary Webb decided to attempt the world record for fastest time to open and eat a Terry’s Chocolate Orange. The current record of 76 seconds proved difficult, but we are pleased to report that no one choked or became ill! 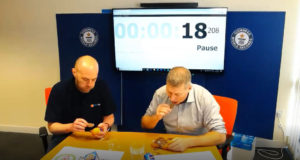 Lastly, Christine Ross chose to balance a football on her foot, and she certainly tackled (pardon the pun) the challenge head on. There was previously no record set for this, and Christine achieved an amazing 42 seconds! We will be sending off the video of her attempt, alongside forms filled out by our official steward and independent witness, to Guinness World Records. 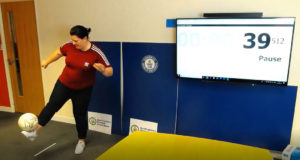 We livestreamed our attempts across the country to every IRIS FMP office and homeworker, and we all had a fantastic time taking part and watching as the hilarity unfolded. But the cause behind the fun was something more serious: our charity of the year, Huntington’s Disease Association.

We set our fundraising target for our Guinness World Records Day fun at £100, thinking that even if no records were smashed we will have still raised some money for a charity important to us. However, our expectations were dramatically exceeded and our total is currently over £700 including Gift Aid. Huge thank you to everyone who took part by either attempting a record or by donating so generously.

This is an unbelievable achievement, and has contributed to our current total of over £16,250 raised throughout 2019 so far. 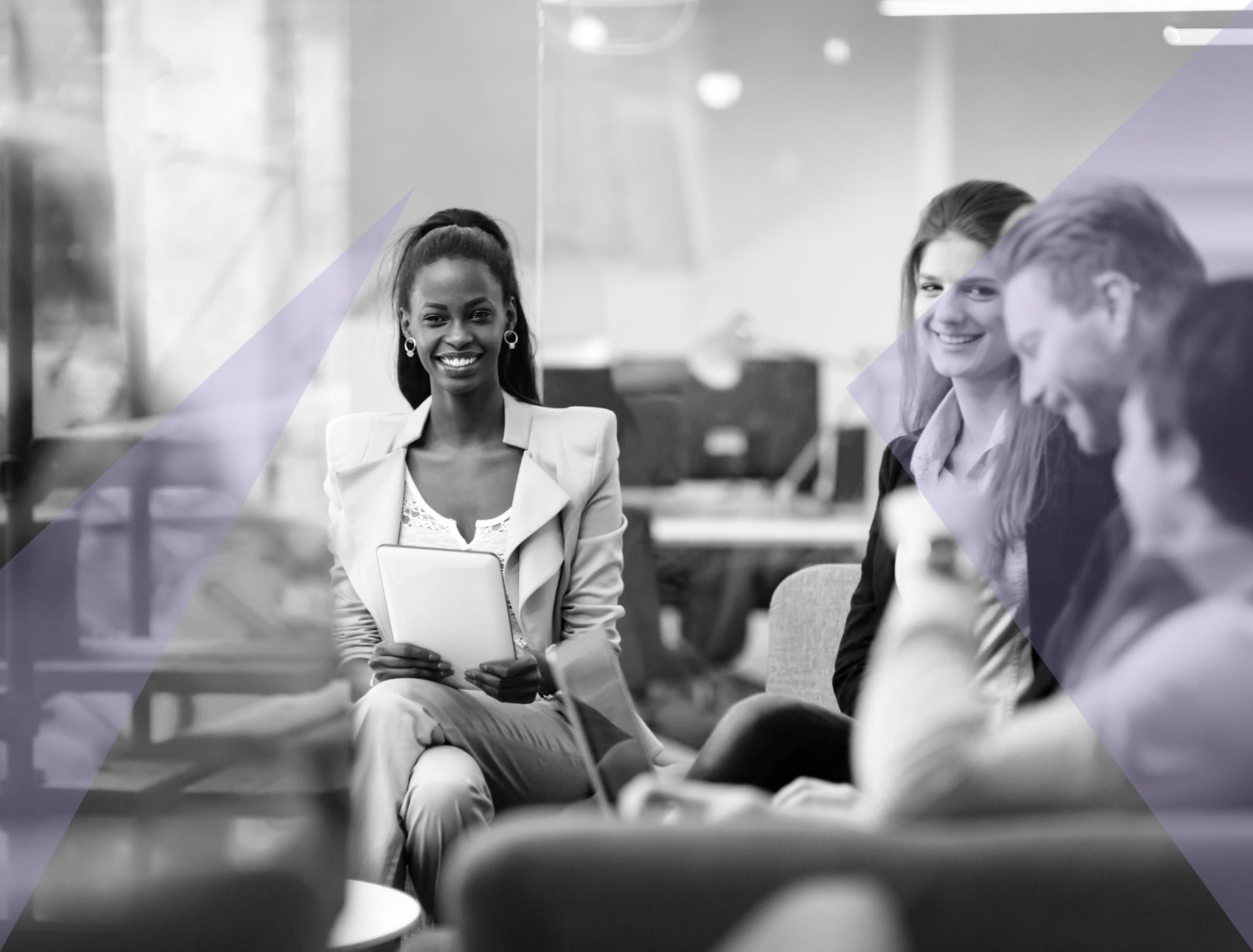 A Guide to Payroll Outsourcing

This guide aims to show you how payroll outsourcing works and key things you need to consider. This will give you a better idea of what to expect from the service and how it can benefit your business. At IRIS FMP we work with organisations from all sectors to ensure their payroll is processed accurately and on time. We know all there is to know about payroll outsourcing and how to make it work for you.