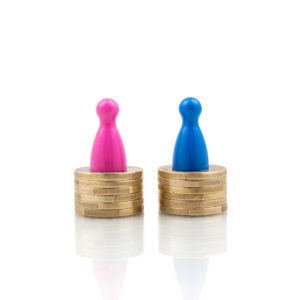 If I asked you whether you had a Gender Pay Gap issues in your business what would you say? Would you think that it doesn’t happen at your place of work, but might be more widespread in other companies. So, not in your backyard?

Some startling research has come out from YouGov revealing employees views of Gender Pay Gaps, four months after companies with more than 250 employees were required by law to conduct the analysis and hot on the heels of MP’s last week calling for the legislation to be extended to companies who have 50 or more employees.

The poll of around 5000 British adults revealed that only 7 in 10 people believe a pay gap exists. Interestingly in an enlightened world where old dinosaurs are seen as the group most likely to not recognise pay gap problems the research suggests young people are the most sceptical of the issue. Only 61% of 18-24 year olds believe it’s a problem.

Nearly 1 in 4 men say it does not exist, but interestingly 8% of women also say the same thing.

However, it really is a ‘not in my backyard’ issue, with only three in ten thinking there is an issue in their own firm, and half thinking men and women are paid about the same amount.

The full analysis is here.

The report would suggest that there is not enough information individually or in the public domain, and that can breed misguided views and mistrust. But that’s not the full picture.

When asked the responders to the poll were split on what information is published. Those that believe everyone should know what others are paid are matched exactly by those who believe pay information should be private to the individual.

If the MP’s motion is carried forward, we could see a whole new can of worms for smaller companies in the coming months and years. Understanding the make-up of your company and who’s paid what should be a priority for any company, if not for gender Pay Gap reporting but just strategically being aware of how your company is put together. Understand that and GPG reporting will be the least of your worries.