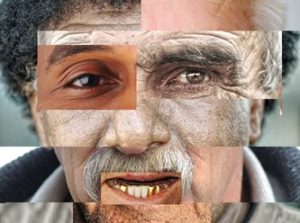 Charities could be set for criticism yet again after a Third Sector Leadership 2,000 report highlighted a massive lack of ethnic diversity at leadership level.

White males dominated leadership positions and over 75% of positions were filled by men. Disparity between gender was highlighted this year with new Gender pay gap reporting

The report highlighted the need for more positions to be held by women and ethnic minorities with the latter holding just 6% of senior leadership positions. Chinese and Asian backgrounds fared the worst, with just 0.3% of leaders represented in this group.

The report suggested that a third (34%) of the largest 100 charities by turnover have no ethnic diversity in their leadership team.

Voluntary organisations employ nearly a million people according to the UK Civil Society Almanac 2018. By ethnicity the  almanac suggests the voluntary sector lags behind the public and private sectors when it comes to employing people from the black, Asian and minority ethnic groups.

Understanding the diversity make up is core to becoming a transparent, successful charity. Those in the know ensure their payroll of HR systems have the capacity to easily break down and identify diversity within their workforce.