As part of the Government’s drive to train three million new apprentices by 2020 the new Apprenticeship levy will require some employers to invest, with the size of the investment dependent on the size of the business. This blog explores what it may mean for your business

When is it Ha 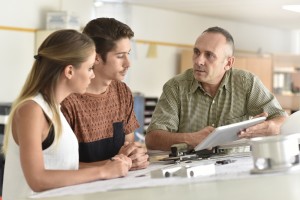 The Apprenticeship Levy will be introduced in April 2017, affecting all employers operating in the UK who have a pay bill over £3 million each year.

A company’s annual pay bill is calculated as all payments to employees that are subject to employer Class 1 secondary National Insurance contributions, such as wages, bonuses and commissions.

How will it work?

Apprenticeship Levy is charged at 0.5% of your annual pay bill but you are given a £15,000 annual allowance to offset against this.
For example: If your April 2017 pay bill is £300,000, your levy of 0.5% would be £1500 less £1250 allowance, so you would pay a £250 levy for April 2017. Funds, including any top-ups, will automatically expire 18 months after they enter an account unless they are spent on apprenticeship training. However, the government has highlighted that it will let users know “in good time” whether any funds are due to expire.

How can it be reported?

Businesses will be required to report and pay their levy to HMRC through the payroll process via an RTI EPS submission each month.  Once you have declared the levy to HMRC, you will be able to access f 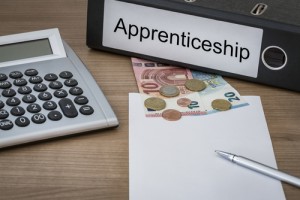 If you are unsure if you qualify, you must contact HMRC for further advice. As with the employment allowance, this levy is shared across a group of linked companies.

How will Non- paying employers pay for their apprentices?

It has been suggested that the government plans to decrease the amount that smaller firms will have to pay towards the cost of apprenticeships training. Employers of all sizes are supposed to pay a third of training costs with the Skills Funding Agency agrees to covering the rest, under the pilot for new apprenticeships. For every £1 invested by such employers, it is understood that the SFA will pay up to £9. This would mean providers are to be paid as much as 90 per cent from SFA coffers — although employers not paying the levy would still have to contribute around 10 per cent in cash first.

Further details are expected shortly which will clarify the contributions that SMEs and non-levy paying employers will make towards apprenticeships.