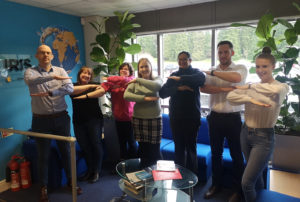 International Women’s Day was on 8th March and has become an event that is celebrated worldwide. The history of this day traces all the way back to the early 1900s and celebrates women’s many achievements as well as calling for a more gender equal society.

This year’s theme is #EachForEqual and we’re looking at its impact on gender equality in the workplace throughout the world.

The World Economic Forum’s (WEF) Global Gender Gap Report 2020 has revealed that gender equality will still take 99.5 years to be achieved. However, the report also delivers some good news.

Countries that are soaring

The Report benchmarks 153 countries on their progress towards gender parity in the categories of Economic Participation and Opportunity, Educational Attainment, Health and Survival, and Political Empowerment.

Still out in front, Iceland has remained the top country for gender parity for the 11th year running. Coming in second and third places are Norway and Finland respectively, with countries Sweden, Nicaragua, New Zealand, Ireland, Spain, Rwanda, and Germany making up the rest of the top 10.

An impressive 101 countries improved their scores from the 2019 Report and 35 countries have achieved gender parity in education.

Healthcare is also doing well with 48 countries achieving near-parity and 71 countries have closed at least 97% of the gap.

When it comes to making progress, Western Europe is winning with a score of 76.7%. The Europeans are followed by North America with 72.9% in turn closely followed by Latin America and the Caribbean with 72.2%.

When it comes to being on the board of directors within a company, France is taking the lead with 43.4% of companies having over a third of women on their board. The other top nine countries are Iceland, Norway, Sweden, Italy, Finland, Germany, Belgium, Denmark, and New Zealand.

However, globally, only 14% of firms had a majority female ownership. 18% of firms have a female top manager and 36% have females in senior roles.

IRIS FMP is part of IRIS who have many women on its leadership team.

Stephanie Kelly, Chief People Officer at IRIS, said: “I’m proud to be among a senior leadership team led by our CEO Elona Mortimer-Zhika and that includes Chief Sales Officer Janette Martin and Commercial Director Karen Williams. I am also proud that we have such an incredible number of women who are in a huge number of roles across our business who are strong, passionate and make it happen.

“To unlock our greatest potential, we must all support each other and work as one team. At IRIS we are stronger together.”

Reporting on the gender pay gap

Since 2017 it’s been compulsory for organisations that employ at least 250 people to report on the gender pay gap. The gap is the difference between the average earnings of men and women in the same roles expressed relative to men’s earnings.

The deadline for these reports is 31st March for public sector organisations and 5th April for all businesses and charities.

What do you think the results will be this year and which organisations do you think will produce the biggest shocks?