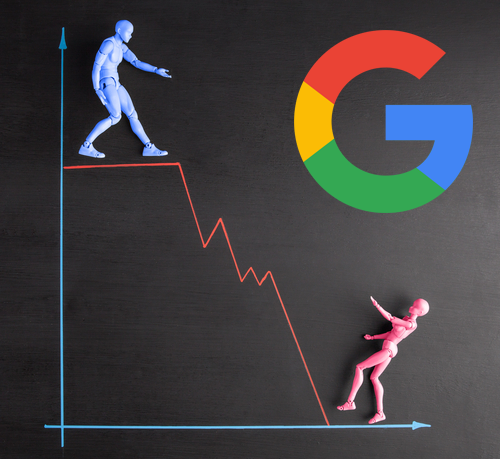 There were some interesting developments in the long running Google saga over Gender Pay Gap.

Earlier in the year The Guardian reported how Google officials had said it was too financially burdensome and logistically challenging to hand over salary records that the government requested in a discrimination.

However in the last week things have got significantly worse for Google when a damning spreadsheet was leaked to The New York Times highlighting:-

Salary and bonus information that was shared by about 1,200 US Google employees (roughly 2 percent of the company’s global work force)
The self-reported Google salary spreadsheet was started in 2015 by a former employee who wanted to help co-workers negotiate better salaries, and contains 2017 pay information.

The spreadsheet covers levels one through six of Google’s job hierarchy, from entry-level data center workers at level one to managers and experienced engineers at level six. At five of the six job levels, women are paid less than men.

In the United States this is the most high-profile government trial to date surrounding the intensifying debate about the wage gap and gender discrimination, and is a litmus test of what could happen in the UK as the dust settles with the introduction of UK Gender Pay Gap Reporting for companies with over 250 employees in early 2017.

Google’s failure to disclose comes as a real surprise to the masses as Google has been regarded as one of the world’s best places to work because of its perks and generous compensation. There is no doubt that understanding and levelling out differences in pay based on gender is a good thing. Is Google’s reluctance based on some PR spin on how good their company really is, and will this action damage that hard fought reputation? In any business bad press will gradually erode reputation.

One thing we are certain of however – the need to have this sort of information at your fingertips on both sides of the Atlantic. If Google continues to ignore the government is this a dangerous precedent? And what does it mean for other businesses? We’ll keep you informed as things develop.