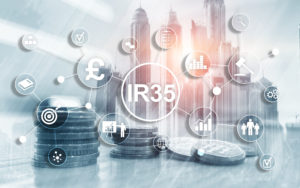 IR35 is a tax legislation that is designed to tackle tax avoidance by workers and the firms that hire them who are supplying their services to clients via an intermediary, such as a limited company, but who would be an employee if the intermediary was not used. These workers are called ‘deemed employees’ by the HMRC and if caught they have to pay income tax and national insurance as if they were employed.

Three BBC presenters (Joanna Gosling, David Eades and Tim Willcox) have recently lost their IR35 case, so tax and NIC are due on payments made to them by personal service companies. HMRC had pursued the trio for £920,000 in unpaid taxes.

CEO of contractoR legislation experts Qdos, Seb Maley, argued that it should be up to the BBC to settle, not the presenters. He said: “It’s of real concern that at present, these individuals look like they will be made to pay vast sums to HMRC, despite the judges finding they were ‘forced’ into working as self-employed by the BBC. The onus should be on the engager to settle, not the presenters, who it’s very difficult to label as guilty.”

The BBC has acknowledged responsibility for the contracts and has said it will help to resolve the cases. Around £200,000 of the bill is employers’ national insurance, which the BBC will have to settle.

The HMRC are cracking down on these cases and with the increased digitization of tax records will start to highlight those working at the edge of legal practices.