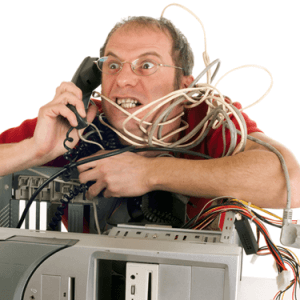 HMRC has again come under fire in a damning report from the National Audit Office (NAO)which indicates that it misjudged the cumulative impact of its complex digital transition and released too many customer service staff before completing service changes, leading to a collapse in service levels throughout 2014-15 and the first seven months of 2015-16.

For hard pressed payroll teams looking at time wasted dealing with HMRC queries, the report backs up all of the negative comment in the media about service levels at the government department.

The contents of the report will not be new to HMRC director general Ruth Owen, and certainly there is some evidence of much better levels of service now at the government department. However, Amyas Morse, Head of the National Audit Office stated that “HMRC needs to move forward carefully and get their strategy back on track while maintaining, and hopefully improving, service standards.”

Over the last few years the number of HMRC staff has been slashed, from 26000 to 15000 and Owen must be acutely aware that the next phase of HMRC’s digital planning, the centralisation of tax offices, will need to be handled with care so that it does not again misjudge the number of staff it needs .

The old saying ‘Things can only get better’ is very true for this report. With one in five customers rating HMRC’s service as poor or terrible, a 15 minute average wait to get a call answered (peaking at 47 minutes in October 2015), and a cost of at least £66million in wasted time waiting for calls to be answered, it can’t get much worse, can it? We’ll be following developments carefully

The full details of the report can be viewed here.