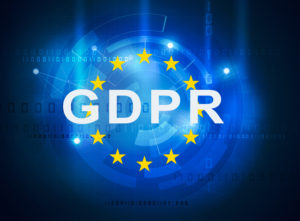 There has been a noticeable slowdown in momentum since the official start date of GDPR which was on the 25th of May 2018. There was a huge build-up before the start date and everyone seemed to be talking about it, however now the focus seems to have died down and companies might be slacking in their GDPR policies, with the attention now on other things such as Brexit.

In recent research, it was found that 11% of companies still had no one trained in GDPR in September of 2018, which is shocking as the legislation had been running for months before then. Not complying with GDPR rules can land your company in hot water with large fines of up to €20 million and bad press.

Who knows the most about GDPR in your company?

It was found that marketers felt significantly more prepared in GDPR knowledge compared to their colleagues with 90% of them saying that they were personally aware, but only 40% said that any of their colleagues were. This might be because when GDPR was announced and hugely spoken about in the news it was largely focused around marketing. Other people in your company might not even be aware that they need to be GDPR compliant in their role and that it can affect them.

How does it affect payroll?

Payroll providers are considered ‘data processors’ under the GDPR and are much more culpable if anything goes wrong as they are always handling employee’s personal data. They need to ensure the data they have is stored, managed and sent securely, so it is vital that the person that deals with your payroll and payslips are fully aware and compliant of all GDPR laws. It has been found that the majority of data breaches reported were due to data being emailed or posted to the wrong person and the loss of paperwork. These are both things that can easily go wrong when handing out payslips and not having a good payroll process.

Every company needs to be aware of GDPR and have people who are constantly being kept up to date with any new rules surrounding it because even if you think your company is 100% compliant, if the ICO changes the ruling you can quickly become non-compliant. Using an outsourced payroll provider can ensure that you have experts running your payroll and you can be safe in the knowledge that you are being GDPR compliant and save your employees time allowing them to worry about other important things.

Find out more about outsourcing your payroll