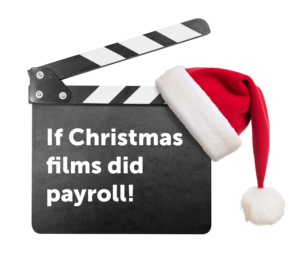 In our light-hearted ‘If Christmas Films Did Payroll’  blog we look at some classic Christmas films, and the payroll issues they might create in the UK. And back in the real world if you want to know our Top Ten Payroll issues for 2019 you can find them here 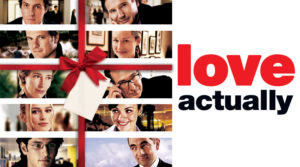 In Love Actually Kris Marshall is rumoured to have returned his fee for the scene where the three American girls undress him. He said he had such a great time having three girls undress him for twenty-one takes, that he was willing to do it for free, and thus returned his pay for that day.

This would cause havoc in payroll teams if they’ve completed the Christmas payroll run. Having a cut off date for changes is key to hitting the payroll deadline each month. Kris might have had a bumper Christmas pay packet, but would have had it taken back in the January pay run.

Judge Harper is given a one-dollar bill with the words “In God We Trust” circled. He reminds the court if the government of the United States can issue its currency bearing a declaration of trust in God without demanding physical evidence of the existence then the state of New York can accept and acknowledge that Santa Claus does exist and that he exists in the person of Kris Kringle.

That would cause chaos in most HR and payroll departments, as it could lead to acts of payroll fraud in companies. Claims of pay from the Buddy the Elf, Mrs Claus, and a dubious Rudolph R. Deer could start appearing and payroll teams would need to know whether these were legitimate or not. In God we Trust would not be acceptable. 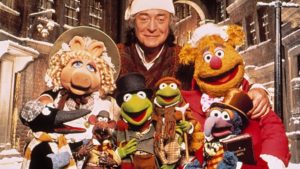 The Muppets perform the classic Dickens holiday tale, with Kermit the Frog playing Bob Cratchit, the put-upon clerk of stingy Ebenezer Scrooge (Michael Caine). Other Muppets — Miss Piggy, Gonzo, Fozzie Bear and Sam the Eagle — weave in and out of the story, while Scrooge receives visits from spirits of three Christmases — past, present and future.

But hold on, and this is a payroll plot spoiler….. Muppets aren’t real. Scrooge and Marley seem to be an accountant of sorts. Relying on a frog to handle book-keeping, accounts and payroll seems like a recipe for disaster. No matter how much you love the frog! 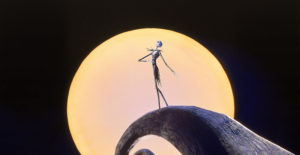 The film follows the misadventures of Jack Skellington, Halloweentown’s beloved pumpkin king, who plots to bring Christmas under his control by kidnapping Santa Claus and taking over the role.

US film director Tim Burton earns a staggering $25million every year. In the Top Ten grossing Movie Directors in the world today there are no female directors. Gender Pay Gap reporting is an important part of legislation now, with no doubt more companies needing to analyse and report on their payroll going forward. 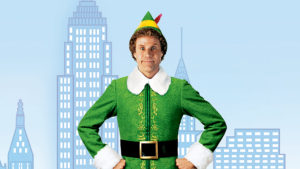 Buddy (Will Ferrell) was unwittingly transported to the North Pole as a toddler and raised to adulthood as the son of Papa Elf. Unable to shake the feeling that he doesn’t fit in, the adult Buddy travels to New York, in full elf uniform, in search of his real father. He gets a job at Gimbels, working overnight to produce a spectacular Christmas department display.

In the UK the Employment Rights Act 1996 (Itemised Pay Statement) (Amendment) Order 2018 was passed and comes into force from 6th April 2019. Employers will now be required to provide employees who are paid according to ‘time worked’, details of the number of hours being paid on their payslips. 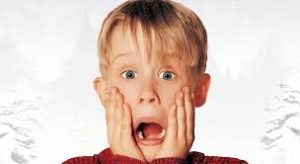 8-year-old Kevin McCallister (Macaulay Culkin) acts out the night before a family trip and is mistakenly left in an empty house. But his excitement sours when he realizes that two con men plan to rob the McCallister residence, and that he alone must protect the family home.

Macauley Culkin was 10 when he starred in the role. In the UK for payroll purposes the youngest age a child can work is part-time at 13 and children under sixteen don’t pay National Insurance. Luckily for Culkin a Child Performance licence covers children working in films. 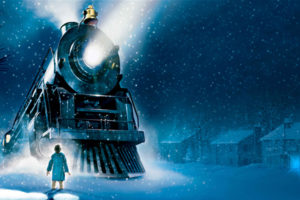 On Christmas Eve, a young boy embarks on a magical adventure to the North Pole on the Polar Express, while learning about friendship, bravery, and the spirit of Christmas. Soon after arriving at the North Pole Santa Claus shows up and chooses the boy as the one to receive the first gift of Christmas.

It’s unclear how old Father Christmas is but there should be some provision for a pension and that’s payrolls responsibility. Auto Enrolment should be embedded in every UK company now. With employer and employee contributions going up again in 2019 hopefully Santa (reportedly over 1500 years old) will at some point be able to hang up his boots and have a well-earned retirement! 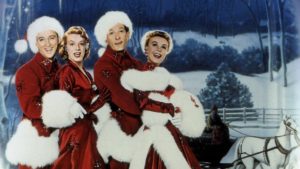 This classic 1954 film featuring Bing Crosby and Danny Kaye sees the two coming to the rescue of their old army boss, General Waverly, who’s running a failing Vermont inn. Waverly has invested all his savings and pension into the lodge, which is in danger of failing because of the lack of snow and consequent lack of guests. He’s had to get rid of lots of staff.

Payrollers need to be fully on top of legislative changes. From April 2019 the Government will tighten the scope and treatment of termination payments, making any part of a termination payment over the sum of £30,000 subject to employer NICs. 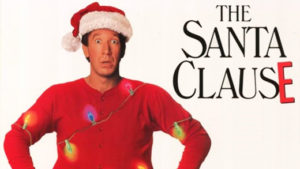 Divorcee Scott Calvin is disgusted to learn that his ex has tried to suggest to their 6-year-old son Charlie that Santa isn’t real. On Christmas Eve, Scott reads The Night Before Christmas… then receives an unexpected visitor on his roof. When he’s startled by Scott’s calling out and falls, Santa disappears, leaving only an 8-reindeer sleigh and a suit with instructions to put it on if he’s involved in an accident.

This is a nightmare for a payroll team. First there is the whole question of Santa’s existence (see Miracle on 34th Street for clarification) but then we get a guy impersonating an employee who has died.  Savvy Payroll teams should always be on the lookout for this type of internal employee fraud, educating teams to be on the lookout for payroll fraud at any level. With a good Santa being paid £58 and hour, fraudulent ones need to be routed out before they create a large dent in your payroll bill. 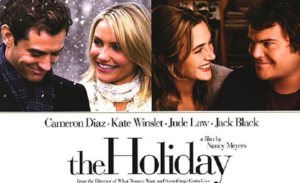 Nancy Meyer’s ‘The Holiday’ revolves around Iris and Amanda, both in relationship turmoil, who decide to impulsively swap houses for the holidays to escape their respective lives. We can’t imagine Iris or Amanda’s bosses were best pleased about their decisions. Iris is a columnist for the Daily Telegraph, and Amanda edits movie trailers. Neither industry shuts down over Christmas!

Iris will have had to sort out a flexible working agreement with her boss if she had columns to write during the time she decided to jaunt off to LA. This is an excellent demonstration of why flexible working works so well; in a situation when a last-minute annual leave request could jeopardise your business during a busy period, allowing an employee to work from home (or from anywhere) gives them the freedom they require whilst enabling work commitments to keep ticking over. 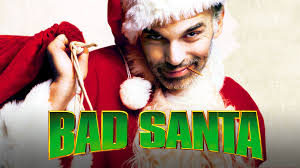 And here’s a bonus HR thought

If there’s one lesson to be gleaned from Bad Santa, it’s that the holiday season isn’t the most wonderful time of the year for everyone. Billy Bob Thornton plays the main character, a functioning alcoholic who dislikes people but works as a mall Santa.

You’ll need to tread carefully when dealing with any incidents from drunkenness at a party, fights, and lateness and non-attendance the next day. It is good practice to have several policies in place to protect your business, and no matter what size, a simple handbook that explains all to your employees.

So that’s our ‘Top Ten If Christmas Films did Payroll’. 2019 looks to be another busy year for payroll and our Top Ten Payroll Issues for 2019 ebook should give you some indicators of what’s coming up in the New Year. But for now., thank you to all payrollers for your efforts getting us paid on time. Have a great Christmas!

Payroll continues to become more complex. Give yourself an early Christmas present. Download our guide now 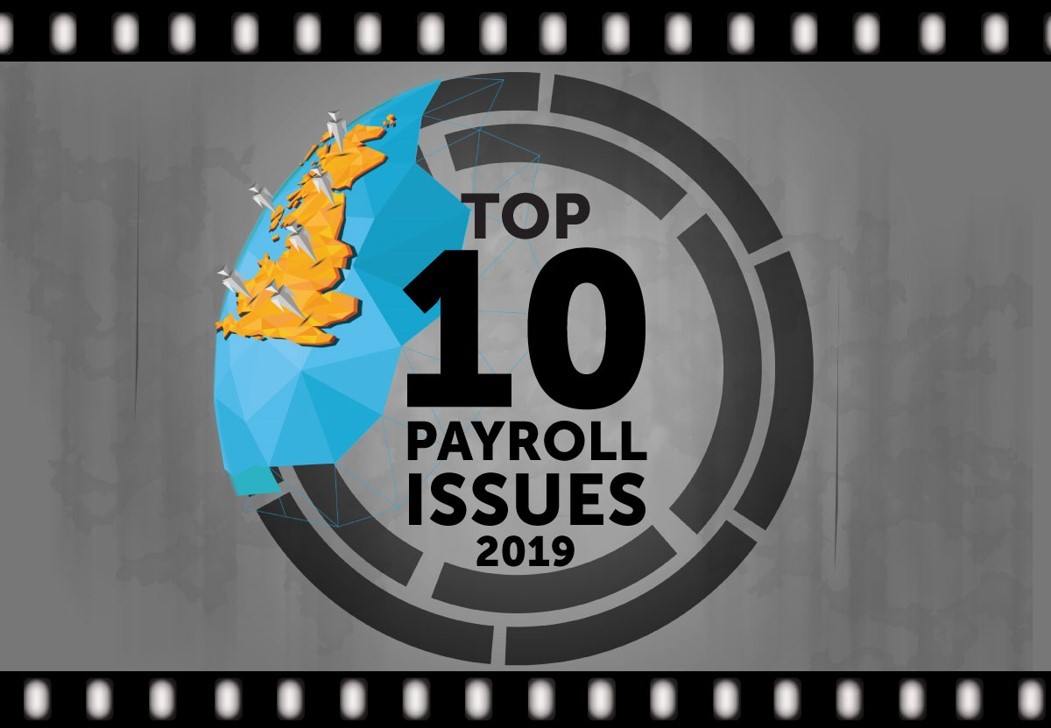