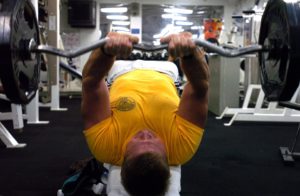 There is growing awareness of the “productivity gap” as a major challenge facing businesses of all sizes in the UK. Recent figures issued by the Office for National Statistics show the gap between Britain and other economies has widened. The ONS estimated that output for each hour worked in 2014 was 18% beneath the average for other nations in the G8 group, which is the worst figure on record.

Clearly, organisations need to take action to combat this problem. To do this, there are many elements which need to be addressed, including setting clear goals and targets and ensuring you have the right equipment and technologies in place. Another important area is staff wellbeing, since there is plenty of evidence that healthier and happier employees are more productive. This means both they and the company can benefit from successful health initiatives.

Having effective time and attendance software can help to flag up any health problems which individuals are suffering at an early stage, by raising awareness of patterns of absence. Efficient T&A systems can also make it easier to keep track of flexible working arrangements, which are increasingly recognised as boosting employee health, motivation and productivity.

The Productivity Challenge to British Business

The sheer scale of the productivity problems facing UK organisations is a major worry for business. It is estimated that employees in the US and Germany on average produce 30% more each hour than their UK counterparts. So what are the reasons for the shortfall?

Studies by economists suggest that one major factor is a lack of investment by employers who are reluctant to invest in the latest technology and carry out research into quicker methods of working. Related to this is a lack of education and training to equip staff to do their work more efficiently, as well as a shortage of management skills.

Another factor having a negative impact on output is health problems and, within this, the high levels of stress in many workplaces. A recent study by the Social Market Foundation suggested that 40% of employees in the UK experience levels of stress which they believe reduces their performance at work.

Staff absence obviously lowers productivity, meaning that colleagues have to pick up other people’s work and a department cannot perform at full capacity. However, there can also be a problem with “presenteeism”, where staff are present at work, but are not well enough to perform effectively. This means they will be working unproductively and at a low level, and they can also drag down others.

How Can Health Initiatives Help Productivity?

Positive Culture: HR teams can help to create a positive workplace culture, encouraging staff to have a good work/life balance and to remember to take their breaks and their holidays. There is evidence that tired staff are less productive and more prone to errors, while long hours also lead to a greater risk of illness which can then result in absence. Another part of a positive culture is to introduce good training programmes, which can also assist in boosting mental health. Being properly trained means you know the best and safest way to go about doing something, which increases confidence.

Consulting Staff: Many HR personnel find it helpful to talk to staff about what changes to their environment or working patterns could help to make the workplace healthier. For instance, being ready to consider flexible working patterns could help some individuals. There’s also evidence that just speaking to staff and getting their views can increase productivity in itself, because it helps motivation to know that someone is listening to you and interested in your opinion.

Promoting Healthy Lifestyles: There is a growing interest in ways in which companies can encourage staff to lead healthier lifestyles. These can include a focus on eating better food, as well as promoting exercise, such as cycling to work, and offering discounted gym memberships. One research study featured in the British Journal of Health Psychology reported a link between healthy food and productivity, finding that staff who ate up to 7 portions of fruit and vegetables each day were happier and more engaged in their work.

Workstations: In an office, staff spend long periods of the day at their desk, so it is essential they are comfortable. If they are not properly seated, there is a risk of back problems, which are a major cause of sickness absence. Working while in pain or discomfort will also inevitably slow the pace of work. Carrying out regular workstation assessments and acting quickly on findings can help to prevent these problems occurring.

Addressing Office Issues: Companies are increasingly aware of how important it is in terms of productivity to create a healthy office. This means ensuring there is a comfortable working environment. One academic study in the US found that being too cold can lead to staff being 10% less productive than they would be at an optimum working temperature, while being too hot has a similar effect. Research by the World Green Building Council suggested that natural light can boost output by as much as 18%, while better lighting in general also enhances productivity.

Managing Absence Effectively: Dealing with sickness absence is part of a focus on wellness and can help to minimise disruption. It’s important for staff to know what support is in place if they do become ill. Keeping in touch with staff who are away for extended periods can make them feel less isolated and improve morale. It can also make it easier to ease them back into the workplace when they are better.

IRIS FMP’s Teamspirit HR and payroll solutions include a fully integrated time and attendance software module which makes it easier to monitor patterns of sickness effectively and record the reasons for staff absence. This provides valuable data which can show where problems are occurring within an organisation and help HR staff to build a healthier workplace culture, thus promoting higher levels of productivity.