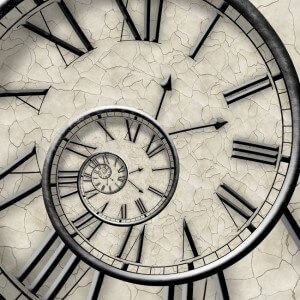 Sweden is considering moving to a six hour day after a groundbreaking study in the hopes of improving worker happiness and productivity. But how much of an impact can working 2 less hours a day really have? And, come to think about it, where did the idea of an 8 hour day come from?

This phrase was coined by socialist founder, Robert Owen in 1817. Prior to this, the Industrial Revolution embraced the idea of maximising factory output using a “sun up to sun down” policy of 10-18 hours work per day. Being a factory in the Victorian period, you can imagine how much fun and safe life for workers was back then. So they were “incentivised” to work these long shifts thanks to extremely low wages.

With the burgeoning tenets of socialism rising in response to the Industrial Revolution, conditions in the factories began to improve. The Factories Act (1847) decreed that women and children were to be granted a ten hour work day. Progress, certainly, but far from the working lives we see today. The eight hour work day cause was taken up in earnest in 1884 by Thomas Mann, who was part of the Social Democratic Federation.  Mann subsequently formed an “Eight Hour League” whose sole goal was to get the eight hour work day established.  Their biggest victory came when they managed to convince the Trades Union Congress, which represents the majority of unions in the UK – and does so even to this day – to establish the eight hour work day as one of their primary goals, which they subsequently began to work towards.

By the beginning of the 20th century, an 8 hour day became standard and remains the standard to this day… over 100 years later.

Why Are We Still Working 8 Hour Days?

We live in the 21st century. Today, tasks that would have taken us hours now take minutes. We communicate with people all over the world in an instant and transfer data in a matter of moments. Simply put, the jobs that used to take us all day now don’t need to.

More efficient working lives should mean a reduction in hours. A Utopian ideal would have robots and machines catering to our every working need while we sat around drinking cocktails with little straw umbrellas. But instead, we work more than ever. A recent study has found that 1 in 5 UK workers consider themselves overworked and stressed.

Back in April, a report was published in Sweden detailing the results of a year-long experiment into a six hour working day. The report found that by working a six-hour day, the staff were more productive and more energetic. The experiment, which took place at the Svartedalens nursing home in Gothenburg, reported that thanks to the increased energy and productivity, patients at the home received an improvement in care. Since the publication of the report, politicians in Sweden have been lobbying to have the scheme rolled out further afield.

It seems like a no-brainer to just cut hours and be more productive, right? After all, in the long term, happy and energised employees leads to fewer sick days and business disruption. Critics, however, say a 30-hour working week would put strain on economies, and force businesses to hire even more staff, a prospect UK employers would be loathe to do, with the implementation of the national living wage.

So, if the prospect of working fewer hours is off the table, what can we learn from Sweden’s study? One thing that we can take away is that employees with more energy are more engaged for more hours of the working day. So if we can’t reduce that time, can we increase levels of energy?

The basic understanding of our ultradian rhythm is that our human minds can focus on any given task for 90-120 minutes. Afterwards, a 20-30 minute break is required for us to get the renewal to achieve high performance for our next task again. So, when thinking about your employees’ workload, consider what you can do in 90 a minute session rather than what you can do in an 8 hour day. With the day broken up into chunks like this, employees can better manage their natural energy rhythm and be more engaged throughout the day.

Running in tandem with this is focus. A study has shown that our focus is in fact a two step process that proves that our brain is more easily distracted when we are multitasking. By focusing on just one task, we are more productive than when we are trying to keep several plates spinning at once – not because of the work itself necessarily, but from how we can be distracted more easily.

These two processes are referred to as “sensitivity enhancement” and “efficient selection”. Sensitivity enhancement  corresponds to improvements in how neurons in the cortex represent sensory information like sounds and lights, similar to the volume control or reception control on a television set. Efficient selection is more like a filter, routing important sensory information to higher-order perceptual areas of the brain while suppressing disruptions from irrelevant information.

The results of this study sound logical. Essentially, if you are multitasking, you are more easily distracted and thus, less productive. So, try to keep your focus to one task at a time, over chunks of 90 minutes.

What would you do if you had two extra hours off work? Would you embrace a more well rounded lifestyle like the Swedes want, or just catch up on some emails?