Switch to: IRIS FMP International
Payroll – does it have a real home in an organisation? Most HR and Finance Professionals say they don’t want responsibility for Payroll. So where should it sit in an organisation and more importantly who should manage it? Payroll and HR software specialists IRIS FMP try to sum up the debate.

Payroll and HR definitely has a correlation – there should be communication and a mutual understanding of each other’s processes. The correct calculation of salaries can be complex and is could be argued that companies could be doing more to ensure their payroll function is running efficiently. In large organisations calculating the correct overtime, shift patterns and time and attendance data will require an efficient and accurate collation process. Which means that both departments will have to liaise with each other.

Some research has highlighted disagreements amongst HR and finance professionals as to who should have responsibility for payroll. Despite what many may think, payroll is actually more likely to sit under finance (49%) than HR (40%) with this number rising amongst smaller organisations (69% to 31%). However the research has found that a quarter (25%) of finance professionals in charge of payroll would actually rather it was part of HR and almost that many (22%) of their HR counterparts say they would rather it was part of finance!
Payroll is important to both HR and finance departments, with both sides requiring the data and information that it provides. But there seems to be a lot of disagreement over who should take overall responsibility and a lack of best practice as to how the two departments should work together. 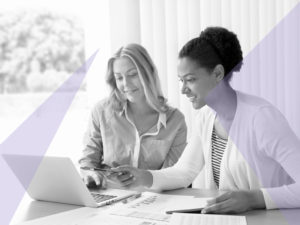 The fact that so many HR and finance professionals feel that it shouldn’t sit in their department highlights that neither see it as part of their core job role. Despite this seeming reluctance to be involved in payroll, the majority of organisations still retain the function in-house.
So the responsibility of payroll has become a game of hot potato. There seems to be a lot of disagreement over who should take overall responsibility and a lack of best practice as to how the two departments should work together.

For those organisations who process payroll in-house it is becoming increasingly popular to bundle both the Payroll and HR software packages together, this is said to have an increased influence over who manages the payroll system. Who manages payroll however should really be based on the general size and needs of the business. In larger organisations getting it right first time, managing data, reporting and analysing is extremely important. How many people do you want entering data? Who should enter that data? Payroll is an internal function and should be managed competently by someone who really wants to do the job.

In an ideal world, getting an integrated Payroll and HR system in place has to be a good choice. Who manages it though – will be an on-going debate.